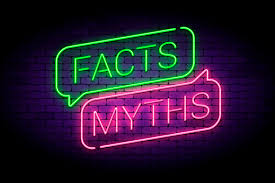 As a traffic ticket lawyer St. Peters, I work with clients to resolve their traffic tickets in the best way possible.  Over the years, as both a prosecutor and a defense attorney, I have noticed several myths about traffic tickets.

This is a common myth that the officer giving you the speeding ticket O’Fallon must write all the information perfectly or it’s not valid.  This is untrue.  Here is why:  no one is perfect and if there was ever a trial over the prosecutor can call the officer as a witness and have him clarify the incorrect information.  In other words, you don’t get a traffic ticket thrown out for ticky tack errors by the officer.

A couple of times a year we get people calling claiming they want the ticket thrown out because they were never shown the radar readout when they requested it at the time they were pulled over.  An officer does not have to show your speed on the radar device for the ticket to be valid.  Now, if there was a trial, the prosecutor will have to question the officer on the stand about calibration and training on the device.  However, that doesn’t usually result in a non-conviction for a speeding ticket in St. Peters.

If only this were true.  Missouri, similar to most states, have statutes that allow officers to complete a traffic stop for an event that happened in one town, even if the actual place that the car was pulled over is in another town.   Now, that doesn’t mean a traffic ticket can be given by a St. Peters officer in say O’Fallon if the site of the violation was in O’Fallon.  Officers in one town don’t have original jurisdiction in towns other than the town for which they serve.

Missouri participates in what is known as the Interstate Compact, which is an agreement between almost all of the states to share DMV information.  So if you get a ticket in Alabama but ignore it, you could up with a Missouri suspended license until you resolve the ticket in Alabama.  Worse, if you ignore it but the following year get pulled over in Alabama on your way to Florida, you’ll probably be arrested and forced to post bond.  Not a good way to start a vacation.

One other quick point on this issue:  I often get calls from people that live near out traffic ticket office in St. Peters who want me to resolve out of state tickets.  I can’t do it because I am not admitted to practice law in those states.  Best thing to do is contact an attorney in the county or city where you were pulled over and see if they can help.

So it’s not a myth that you can contest a speeding ticket in O’Fallon MO and have a trial.  Practically speaking, however, there are two problems:  First, many lawyers will not take a speeding ticket case to trial.  Second, that’s because it’s generally not financially feasible for clients.  The fine for some tickets is under $150.00.  You can usually have an attorney get your speeding ticket near reduced to a no point violation (i.e. muffler violation, etc.) by a traffic lawyer for under $150.

Trials are expensive and even if you win, you’re going to spend probably double or triple the amount of the ticket.  Principle, as they say, is expensive.

Like death and taxes, traffic tickets are a part of life.  The municipal court system in and around St. Louis is unique in that citizens can get their tickets amended to no point violations and doing so is highly competitive for lawyers so it’s extremely affordable.

Traffic Ticket Center is located at 4215 S. Old Highway 94 in St. Charles, Missouri.  We are located next to the DMV in Harvester.  We assist clients with traffic tickets of all kinds, including speeding, careless driving, commercial driving violations, suspended licenses, marijuana charges and DWI / DUI.   Call us today for a free consultation.  (636) 486-2669.