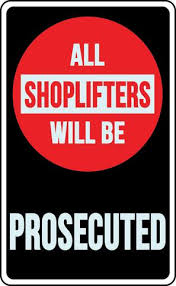 If you were arrested for shoplifting in St Charles, MO, an experienced shoplifting lawyer from Traffic Ticket Center may be able to help you get through the process with the best possible outcome. We offer members of our community a free consultation with one of our skilled lawyers. This is an opportunity to receive the guidance that you need in order to make an informed decision about the steps you will want to take. Without having a shoplifting lawyer in St Charles, MO by your side, you risk a conviction that may result in heavy penalties. Those penalties may include jail time, fines, and a criminal record. There may be additional repercussions as well such as public embarrassment and difficulty in the future getting a good job. Allow us to help you — call us today to schedule a free consultation. Whether you simply made a mistake or you were wrongly accused, we may be able to make all the difference in the outcome. Learn more about I was caught shoplifting, am I going to go to jail?

What does the criminal charge of shoplifting mean?

In Missouri, the crime of stealing includes shoplifting. Stealing is the taking of another person’s property or services with the intention of not paying for it. The higher the value of the stolen property or services, the more severe the penalties will be if the accused is convicted of the crime. Learn more about What Could Happen if I am Accused of Shoplifting?  A shoplifting lawyer in St Charles, MO from Traffic Ticket Center might share the following as common examples of stealing according to Missouri state laws:

Potential Penalties for a Conviction in Missouri for Shoplifting

After a close review of your case, a shoplifting lawyer in St Charles, MO from our firm may outline the penalties you can expect if you are convicted for shoplifting. Without an attorney protecting your rights, and depending on the circumstances of the crime, you could experience one of the following outcomes:

When most of think of shoplifting, we often picture a young person sneaking a small item into their pocket and walking out of the store. Although this is one form of shoplifting, the reality of retail theft is that it is often a more premeditated and organized activity. Instead of just being an “impulse” decision of a person to take an item and not pay for it, the biggest offenders – and the ones that cost retailers the most money – are those shoplifters who are aggressively taking merchandise in order to resell themselves.

These types of shoplifters usually utilize different tools to help them steal the merchandise. One of the most common tools used is called a booster bag. The use of booster bags for shoplifting has become a significant problem for retail businesses and the millions of dollars they lose because of stolen merchandise is eventually passed onto the consumer through higher prices.

In the majority of stores, almost every item for sale, especially the ones which are often targets of shoplifters, are tagged with a security device, as a shoplifting lawyer in St Charles, MO can attest. These devices are connected with a detector that is usually located at the exits of the store. When a consumer purchases an item, the cashier removes the device. If the device is not removed from the item and the item is taken out of the store, an alarm will go off as the device passes by the detector at the exit. Many of us have been the “victim” of a cashier forgetting to remove the device and suffered the embarrassment of alarms going off as we went to walk out of the store.

The devices are often placed on the item in such a way that illegally removing the device could cause damage to the device. This is supposed to serve as a deterrent to would-be shoplifters. However, professional shoplifters have discovered that booster bags allow them to beat the device.

Booster bags are any item – such as a purse, shopping bag, or other container – that is lined with aluminum foil. The foil interrupts the detector from being able to detect the security tag device as it is leaving the store, so the alarms do not go off, as a shoplifting lawyer in St Charles, MO knows all too well. If a booster bag is big enough, which many are, they can carry a large amount of shoplifted merchandise, costing the store thousands in losses.

Many retailers are working with loss prevention organizations to come up with methods that will fight the booster bag use of shoplifting. Unfortunately, this has proven to be a much harder process than hoped and many stores continue to face huge retail theft losses.

If a store security officer has accused you of shoplifting, you are likely feeling anxious and frightened, whether you are guilty of this crime or not. Shoplifting is theft, and this kind of criminal charge will remain on your record for the rest of your life. This means every time someone runs a background check on you, whether it is for a new apartment, a job interview, or a credit report, someone can see that you have a theft conviction on your record. Someone charging you with theft is not the end of the battle, though, and you still have options for avoiding a conviction and getting this charge removed.

Below, you will find a list of advice of what not to do after someone charges you with shoplifting. Following these rules can go far when it comes to avoiding a conviction.

Tip #1. Do Not Provide an Oral Statement Of Guilt. When you are at the store, you are not obligated to admit guilt to the security officer, police, or store manager. In many cases, they may put you in a room and make the experience traumatic to get you to confess to shoplifting, but you have the right to a shoplifting lawyer in St Charles, Missouri.

Tip #2. Do Not Provide a Written Statement Of Guilt. Along the lines of the first tip, avoid putting anything in writing in terms of guilt. Again, just because they ask you to admit to shoplifting or they call the police does not mean you are obligated to provide a statement and answer any questions. Always speak with an a shoplifting lawyer in St. Charles, MO first. You may feel like you have no choice, but this error can lead to a conviction. If you do not provide a statement to the store personnel or to police officers, then the store personnel will be responsible for the burden of establishing proof.

Tip #3. Know Your Miranda Rights. If the store security officer has detained you and the police are there to question you and do not give you the option to leave, many courts would consider you in custody. In this case, you should legally have a police officer read you your Miranda Rights.

Tip #4. Get the Help Of a Shoplifting Lawyer in St. Charles, MO. Attempting to fight a theft charge on your own can be incredibly difficult, especially when you do not have a law background. An attorney can ensure that you do not say anything that would be incriminating to your case and they can establish the best possible defense for your situation. While you should take even petty theft seriously, there are many factors that go into crafting the right defense, including whether this is your first violation, what kind of citizen you are, and even your age. Always speak with a shoplifting lawyer in St. Charles, MO.

Are You Facing Shoplifting Charges?

While having a store employee accuse you of shoplifting can be a traumatic experience, it does not have to result in a guilty plea and a criminal record. It is imperative that you know your rights. For more information on what to do after a shoplifting charge, speak to a shoplifting lawyer St Charles, MO trusts from Traffic Ticket Center now.

If you have been charged with retail theft and had a booster bag in your possession when arrested, it may be difficult to build a strong defense against those charges. However, the skilled shoplifting lawyers in St. Charles, MO from Traffic Ticket Center have spent number of years defending our clients and obtaining the best possible outcomes for them based on the circumstances of their case.

Meet with an experienced shoplifting lawyer St Charles, MO citizens call first from the Traffic Ticket Center when they need their rights protected — call now to schedule a free consultation.