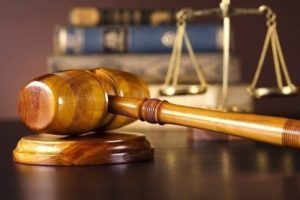 According to national statistics, more than 10 million people have been accused of shoplifting in the past five years. Shoplifting is also referred to retail theft. When a person is posing as a customer in a retail business and purposefully takes goods without paying for them, they have legally committed the crime of shoplifting.

It is not uncommon for a person to be falsely accused of shoplifting, either because they forgot to pay for the item or they were with someone who they did not realize was committing retail theft. A seasoned shoplifting lawyer understands that there are certain criteria that police need to meet in order to move forward with charging and prosecuting someone for shoplifting. The following are some of the more common questions our St. Charles, MO clients ask.

What exactly qualifies as shoplifting?

Each state enacts their own retail theft laws, however, generally any one of these actions can result in an individual being charged with the crime and requiring the assistance of a shoplifting attorney:

Is a shoplifting charge a felony or misdemeanor?

In Missouri, if the value of the item or items stolen is less than $500, the charge is a misdemeanor. If the value of the stolen item or items exceeds $500, the person can be charged with a Class C felony, which is a very serious charge. Penalties for a guilty conviction could mean up to seven years in prison and thousands of dollars in fines. This is why anyone who has been charged with shoplifting should immediately contact a St. Charles, MO shoplifting lawyer.

Is there a “typical” shoplifter?

Although there is no typical profile of an individual who shoplifts, it may be surprising to learn that approximately 75 percent of retail theft crimes that occur are done by adults, not children or teens. And statistics show that both women and men commit the crime at equal rates.

What are defenses that a shoplifting lawyer can use to defend against these charges?

Although the defense a shoplifting lawyer will build will depend on the circumstances of the case, the following are the most common:

At the Traffic Ticket Center, we have built a stellar reputation for diligently defending our clients against retail theft charges. If you have been charged, contact a shoplifting attorney from our firm today.