If you are pulled over in Missouri for a traffic ticket, your case could be heard either in a Missouri municipal court or a Missouri circuit court.

What’s the difference?  A municipal court is the court where a town or city enforces their own municipal ordinances.  A circuit court is where the state of Missouri enforces its own statutes.

At the bottom of every ticket where the officer can state select whether the violation is of a local ordinance or state law.

If you are caught speeding on the highway by a Missouri State Highway Patrol officer or in an unincorporated part of a county by a sheriff’s deputy, both of those tickets are codes as state law violations to be heard at the circuit court in the county where the violation occurred.

If you have a prior offense like a DWI, it likely will be heard in circuit court because of the level of seriousness.  That is another factor in determining which court will hear your case.

Generally speaking, it is better to be in municipal court than state circuit court.  Municipal prosecutors are much more likely to amend a ticket in exchange for a fine.  That can happen at the circuit court too, but often prosecutors are much more reluctant to amend charges or to not attach some period of probation if the charge is serious enough.

Traffic Ticket Center is your traffic ticket lawyer for violations in St. Peters, O’Fallon, Wentzville, Cottleville and St. Charles.  We can help you understand how your particular circumstances might differ if you are charged in state circuit court versus a local municipal court.

Remember, you should always hire a traffic ticket lawyer to help you avoid rising insurance premiums and points on your license.  Pleading guilty to moving violations can lead to both and affect your ability to drive and to drive affordably.

When I sit down with a criminal client or someone who has received a traffic ticket that will require a court appearance I always discuss the Five Rules of How to Act in Court. 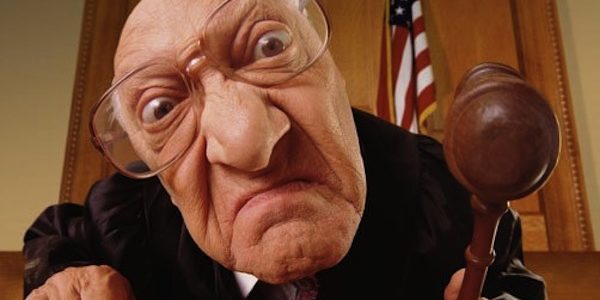 When we get a call from someone who received a traffic ticket in St. Charles County, one of the first questions we ask is when and where their court date is.

That’s because it makes a difference in what we charge clients and the procedures to  handle the ticket for the clients.

St. Charles County has three layers of courts.  First, each town has a municipal court.  If you get a ticket in O’Fallon, written by a police officer from the O’Fallon Police Department your court date will be at O’Fallon Municipal Court.   Makes sense, right?

The other court in St. Charles County is the St. Charles County Circuit Court, located on Second Street in downtown St. Charles (one block west of Main Street).  This court generally handles violations of state law, but for traffic tickets the cases that are heard here are tickets issued by the Missouri State Highway Patrol.  A common example would be a speeding ticket received while driving in St. Charles County on Highway 70 or Highway 64.   Incidentally, this court also handles more serious charges like felonies and serious misdemeanor cases.

Things get trickier for St. Charles County Circuit court for more serious charges like DWIs, Stealing and Drug Possession.  We can still help clients but the fees are higher because the cases take longer to resolve and involve much more investigation.