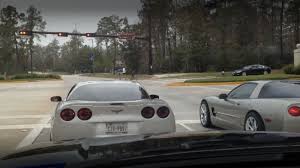 Careless and Imprudent Driving in Missouri

Careless and imprudent driving is a common charge in Missouri.  This charge is sometimes referred to as a "C&I" ticket.  It is a four (4) point violation if it is charged by the officer on the scene as a violation of Missouri state law and a two (2) point ticket if charged under municipal law.

These tickets should be taken seriously because they are considered to be a more serious violation than an ordinary speeding ticket.  In my practice, I often see these tickets issued to younger drivers for lane weaving, driving at a high rate of speed or for drag racing at a stop light.  They are often given by an officer who witnesses a driver squeal his tires or run a stop light or stop sign at a high rate of speed.

Additionally, drivers should understand that a careless and imprudent driving ticket can be given in conjunction with another ticket.  Let's say that a driver speeds through a stop sign at a high rate of speed.  The driver can and probably will be given a ticket for careless and imprudent driving plus a ticket for speeding, which carries either three (3) points for a state law violation or two (2) for a municipal law violation.

Traffic Ticket Center can and often do get these tickets amended to non-moving violations, saving clients increased insurance premiums and points on their license.

If you've received a careless and imprudent driving ticket, call us today so we can help.