DWI vs. DUI IN MISSOURI

A question I get asked a lot by people as a DWI defense lawyer St. Peters is what is the difference between DWI (Driving While Intoxicated) versus DUI (Driving Under the Influence)?  It’s a question that I get quite a bit and it’s one that I’m used to answering.   This article will explain the differences and similarities.

DWI AND DUI:  WHAT’S THE DIFFERENCE IN MISSOURI?

The simple answer is while they are technically two different offenses in Missouri, a DWI and a DUI are both similar.  In both charge the driver is alleged to have been impaired, either because of alcohol (DWI) or because of drugs (DUI).

A driver is ticketed with a DWI when they have been found to have a higher than .08 BAC (blood alcohol content).

A driver can be charged with DUI where they are found to be under the influence of intoxicating substances while driving such that impairs their driving ability.

With a DUI, the intoxicating substance can be over the counter medication, marijuana, prescription medication or even cold medicine.  With a DUI, there is not a BAC to measure but the observations of the officer and the statements of the driver can be evidence of DUI.

DWI AND DUI:  WHAT ARE THE PENALTIES IN MISSOURI?

In Missouri, the penalties for DWI and DUI are pretty much the same.  Under RSMo. Section 577.010 link: https://revisor.mo.gov/main/OneSection.aspx?section=577.010) , a first offense conviction for DWI or DUI is a Class B Misdemeanor and eight (8) points on your license.  This is in addition to significant fines, up to six (6) months in jail and, perhaps most important, a loss of your license for at least 30 days.

A second DWI or DUI offense is a Class A Misdemeanor.  However, you will now be considered a “prior offender”, with fines up to $1,000, 30 days of community service and a license suspension for one year.  You may also be required to install an Ignition Interlock Device, which won’t allow you to start your car if you have alcohol in your system.

A third DWI / DUI is now considered a Class A felony in Missouri and may include the violator being sentenced to a term of imprisonment.  Fines are even higher and loss of license is much longer.

The bottomline is that anyone charged with a DWI or a DUI in Missouri must act quickly and obtain legal counsel to avoid an automatic loss of license occurring for non-action.  There are immediate impacts of a DWI or DUI conviction and then there are long term impacts, both of which must be understood by someone facing these charges.

An experienced DWI attorney St. Peters can review your case and possibly beat the charges, get them reduced to a lesser charge, or if your case is one that should be plead, help reduce the impact of the penalties. 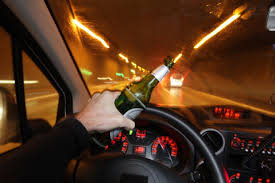 Missouri has strong laws regarding alcohol and other serious traffic offenses.  If you’re under 21, Missouri’s “Abuse and Lose” laws apply.

Under the second suspension, a person under 21 can have their license suspended or revoked for any offense involving the purchase, attempted purchase or possession of an intoxicating liquor by a minor or a minor in a visibly intoxicated condition, if the juvenile was over the age of 15 at the time of the offense.

Suspension is for 30 days for a first offense, 90 days for a second offense and a year for a third or subsequent offense.

As with other alcohol related traffic offenses, for your driver’s license to be reinstated, you have to pay the required fee and completed a substance abuse program such as the Substance Abuse Traffic Offender Program, commonly known as SATOP.

Depending on your circumstances, you may be able to get a limited driving privilege for getting to and from school, for doctor visits and for work.

Here’s a link to the DMV’s FAQ about Abuse and Lose:  http://dor.mo.gov/faq/drivers/abuse.php

If you’re under 21 and have been charged with an alcohol related traffic offense such as DWI / DUI or Minor in Possession call our office right away.  We understand this can be a confusing and scary experience.  Knowing your rights and having an experienced lawyer on your side is crucial.