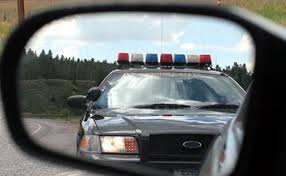 Being charged with an assault is not something anyone wants to experience. The repercussions of an assault charge can not only be a real headache to deal with, they could follow you for years to come. A St Charles, MO assault lawyer from the Legacy Law Center can help navigate you through a complex, and at times, cumbersome legal process. We have almost a decade of experience in managing cases like yours, giving you confidence in knowing that we are the best ones for the job.

Assault is a type of statute that makes up two types of offenses known as assault and battery. Assault and battery charges are often recognized together because they are of a similar nature. Assault is when a person acts in a threatening way to someone by making them believe that they are at risk of being physically harmed or by making threats to them that make them believe that they are in danger. It is important to note that words alone do not equal an assault charge. Battery is when a person actually follows through with an assault by carrying out with the threat that was made.

Depending on the events and the injury that the victim received, there are usually two ways of distinguishing an assault charge:

Aggravated Assault is a more severe charge and is considered a felony because the injury a victim received may have been greater or a weapon was used to carry out the violent act. All states recognize an aggravated assault charge as a felony, meaning that if convicted, the repercussions are far greater and could even result in prison time. Learn more about What is considered an assault charge? Examples of aggravated assault include:

Simple Assault is a misdemeanor crime in which a person threatens to harm another person when they believe that they are in danger of being harmed. This doesn’t mean that a person can be charged with simple assault simply by threatening another person; it must be accompanied by an action that leads someone to believe that they are in harm’s way. An example of this could be a threat along with a person cocking their arm back and making their hand into a fist as if to throw a punch. This could also be an attempt to punch another person and failing to make contact. Another example of simple assault could be when a person is punched, pushed, hit or slapped. A simple assault conviction could mean jail time, fines, or probation.

Assault is a broad area of the law that includes many different types of charges depending on how the crime was committed. The following are the most common charges accompanying assault.

Assault with a Deadly Weapon: A charge given when the crime includes a gun, knife, bat, or object that could severely harm or kill a person.

Crime of Passion: This charge often increases the penalties, and may include an act of revenge against an ex-spouse, for example.

Assaulting a Police Officer: When assault involves a police officer, state, or federal employee, this charge may be given.

Vehicular Assault: A charge that involves the use of a vehicle in place of a weapon.

Domestic Assault: When a family member or resident of the defendant’s home is assaulted, it may be classified as domestic assault.

Municipal Assault: A charge that is not as serious as other assault charges.

Harassment: Any type of touching, shoving, hitting, or kicking without consent, or stalking, threatening, or making lewd gestures could be harassment. This act can be done in person, on the phone, through texting, social media, or email, or postal mail.

FAQ: Can I Go to Jail for My First Assault Conviction?

If you facing an assault and/or battery charge and are wondering what penalties you may face if you are convicted, know that there are many factors that need to be considered in determining the consequences you will face. Your punishment will depend on the laws in the state where you committed the assault, as well as the particulars of the situation. Penalties you may face if convicted may include jail time, fines, probation, even mandatory anger management courses. These punishments will be dependent on the severity of the crime and your criminal record.

Assault and Battery vs. Aggravated Assault

You should be aware that if your charge is aggravated assault and/or battery, this now becomes a felony in all 50 states and therefore the potential penalties are much stiffer. Simple assault typically comes with a misdemeanor charge. An assault lawyer in St Charles, MO can help you understand these charges and their potential outcomes.

The charge for assault with a deadly weapon is used in some states as a more specific charge than aggravated assault. Any time a deadly weapon is involved in the assault, the charges escalate to aggravated assault, even if no one was injured by the weapon. Assault charges do not mandate that you harmed someone, only the behavior you displayed made the victim felt their safety threatened. If that behavior included the use of a weapon, the charge changes to aggravated assault because the weapon is illustrative of a situation that could produce a more serious injury.

Deadly weapons are defined as anything that could be used to inflict a serious injury or death. Guns are obviously included on this list. Any other item, if used in a manner that could seriously harm the victim, will be considered a deadly weapon.

Aggravated Assault Charge Based Upon the Victim’s Identity

If you assault a first responder or educator, many states will automatically charge you with aggravated assault. But for this to be aggravated assault, the victim will need to be at their job when the assault occurred and the perpetrator had to be aware of the occupation of the victim.

There are so many circumstances and details of aggravated assault charges that enlisting the help of a assault lawyer that St Charles, MO relies on is critical to helping you develop a defense that can be successful in court. Being convicted of an assault or aggravated assault charge can stay with you for the rest of your life. Securing the assistance of a assault lawyer in St Charles, MO with experience in assault cases can give you the security of knowing your case is being handled professionally, with your best interests in mind.

The Importance of an Assault attorney

Assault laws should not be taken lightly. A conviction of either a felony or misdemeanor could result in:

It could also cause other consequences including:

If you have a criminal history, you may face harsher penalties than if this was your first offense. In general, repeat offenders should have an assault crimes criminal defense attorney on their side.

It is prudent that you take your assault charges seriously. We know how to defend people who have been charged with assault and other crimes. Going through the legal process on your own, or with a public defender, is not advisable. By choosing an assault crimes attorney, you can feel confident in knowing we:

Our Job is to Protect Your Rights

Regardless of what you have been charged with, or what your side of the story may be, we want to help. Call an assault attorney now for a free and confidential case review.

An assault lawyer in St Charles, MO that clients recommend from Legacy Law Center is standing by waiting to hear from you. Call us today so that we can go over the details of your case. Our risk-free, initial consultation comes at no cost to you. We will be able to help determine the best way for you to move forward with your case based on the information we receive from you.